Oil down is the national dish in Grenada. (There is a recipe on the official government website: http://www.gov.gd/articles/grenada_oil_down.html. However, don’t follow this recipe; it hasn’t been tested: the chicken was left out.) Key ingredients are salted meat, coconut milk, chicken, callaloo (rather like spinach), and breadfruit and other provisions such as dasheen and plantains.

A good oil down is as much an event as a dish. On Tuesday, we attended one such event. We dinghied to Roger’s Beach Bar on Hog Island around 4:30 pm. The event was billed as from 4 to 5 pm. We need to get used to “island time”. When we arrived at 4:30 pm, Roger was just mixing up the flour and water for the dumplings. It wasn’t until 6:30 pm that the oil down was served.

We passed a very pleasant couple of hours sipping local beer (Roger had his hands in flour so directed Tony to go behind the bar and get the beers himself) and chatting with other cruisers. It was a relaxed picnic atmosphere: cruisers brought their kids and dogs, and there was even a cat on leash. 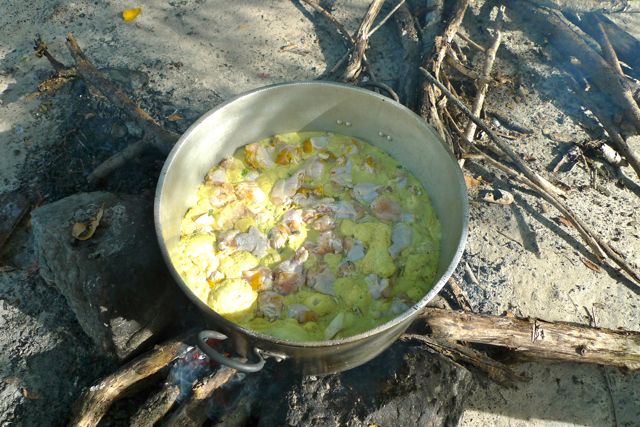 Here is the big pot of oil down just coming to the boil. Chicken legs are on top. The callaloo and dumplings are still to be added. 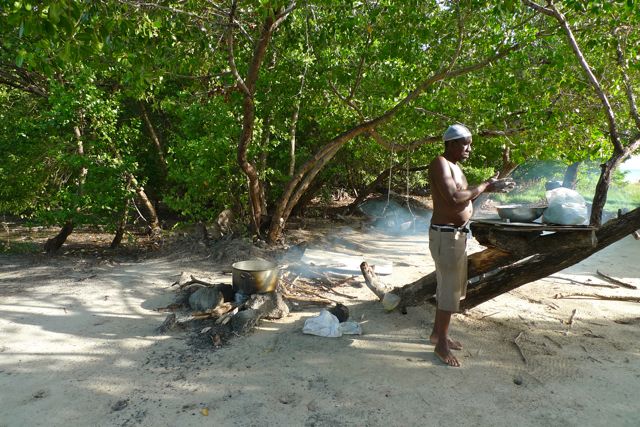 Here is Roger making dumplings. He shaped them like hot dogs. They were heavy, like a homemade pasta. He didn’t use leavening — just flour, water, and salt. 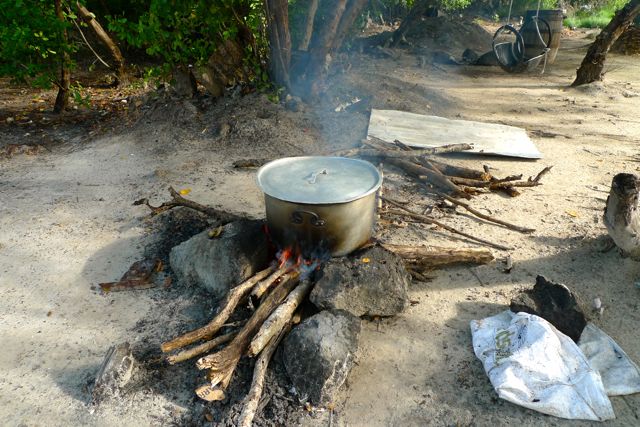 The oil down cooked on a wood fire.

2 thoughts on “Oil Down”