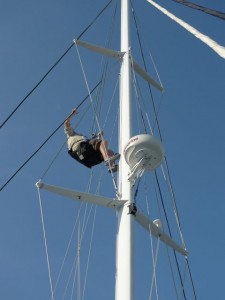 We had a hive of bees in our mast.

Pete went up the mast one Sunday afternoon when we were docked at Fiesta Way. At a point close to the top, he asked to be let down – there was a surprising intensity and urgency in his voice when he asked.

When back on deck, he reported that we had a hive of bees in the mast. Fortunately, he didn’t get stung when he disturbed them.

We coexisted happily with bees until we set off across the Gulf Stream on Tuesday afternoon.  Wednesday morning at Gun Cay in the Bahamas, there were a lot of hungry and confused bees wandering about the boat. They were walking around the salon floor, buzzing at the screen, and flying around the deck.

Our freshly cleaned deck was spotted with bright yellow bee poo – presumably they had gorged on honey and were lightening their loads before swarming. Bee poo is not offensive; they’ve only eaten pollen and honey their whole lives and it gets processed through a few millimeters of gut, but it is very yellow. 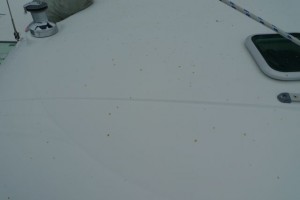 On the main sail cover, was a small muster of bees. We assumed that they were gathering to swarm to the island in the evening. 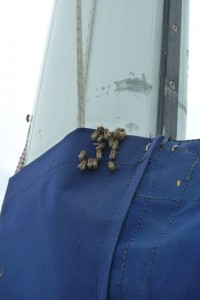 We have seen some stranglers and evidence of bees since then, but I hope that the rest of the hive has found a home on Gun Cay, Bahamas. 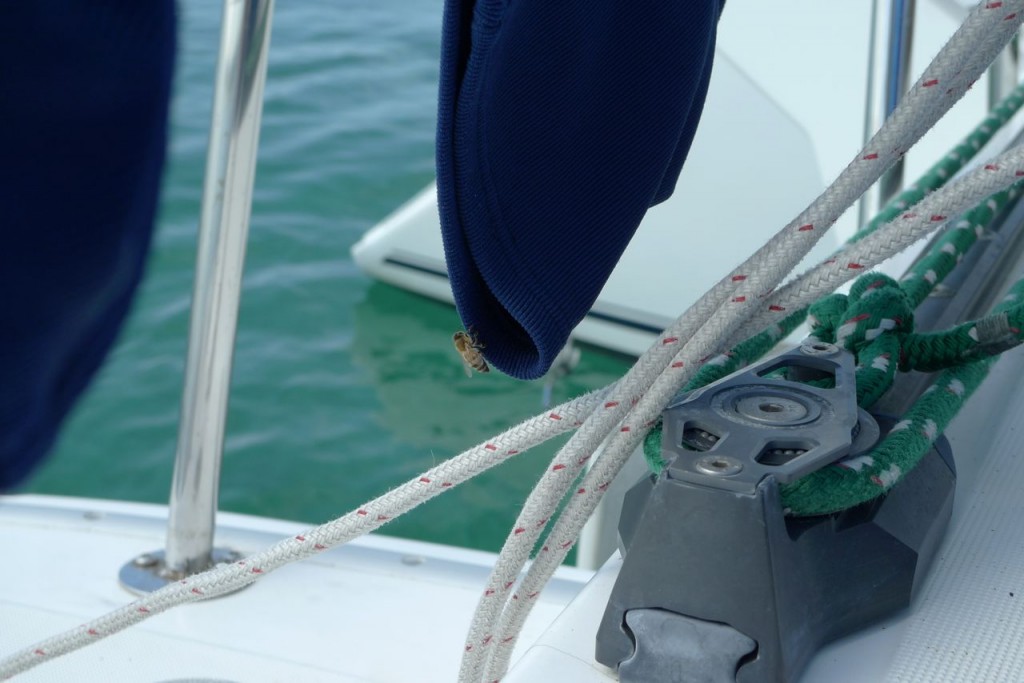 We still have bees, three weeks after leaving Fort Lauderdale. Here they are on Gayle's bathing suit.