On the afternoon of Monday, May 19th, I waved off On Delay from the dock at Marina Puesta del Sol in northern Nicaragua. Aboard were: Pete, Tony, Renan, a lot of diesel, and a lot of food. 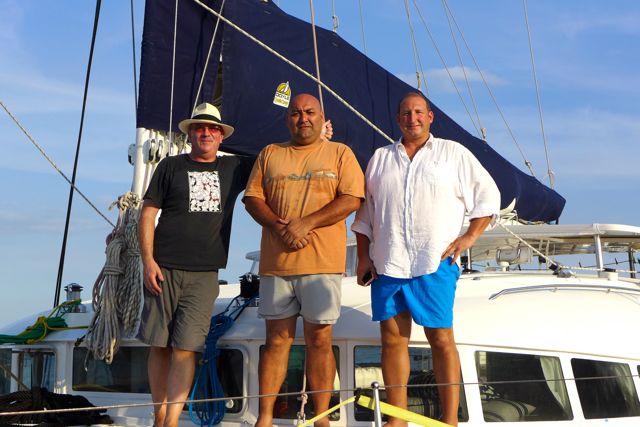 Here they are, ready to go:: Tony, Renan, and Pete. 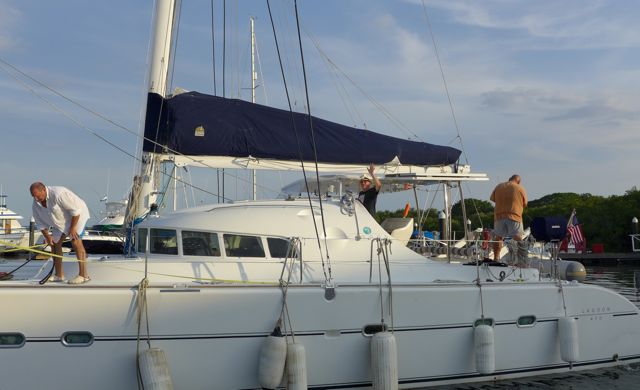 A journey of ~4,000 miles begins with getting off the dock. 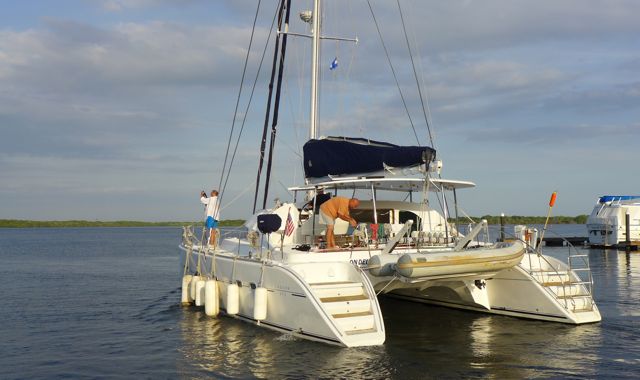 Putting away the dock lines; they won’t be used again for a while.

On Delay had begun her voyage to San Francisco.

On Delay heading out to sea.

The original plan was to take the “Clipper Route” — this is the route used by the clipper ships in the olden days when ships relied entirely on wind. Here’s a description of the clipper route from a sailing forum: “Sail hundreds of miles out, making a line for Hawaii, then gradually turning north as you catch favorable trade winds. You follow an elegant 2,400-mile parabola that ends in northern California. Or, as one experienced cruiser put it, ‘you set your sails and when you wake up three weeks later you’re in San Francisco.'”

Unfortunately, hurricane Amanda, the first Pacific hurricane of the season, interfered with this plan. 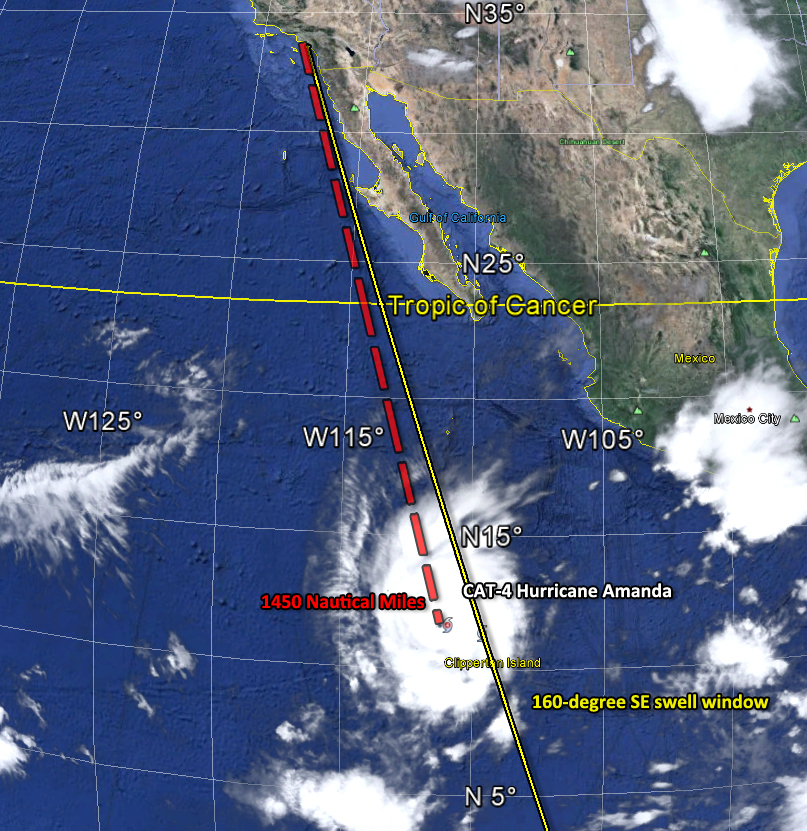 Amanda, sitting right where On Delay wanted to go. Photo from http://solspot.com.

Instead of heading out to sea, On Delay mostly motored up the coast to Acapulco, arriving late on May 25th.

They caught some fine fish as they motored up the coast: dorado, yellowfin tuna, tunny, and wahoo. 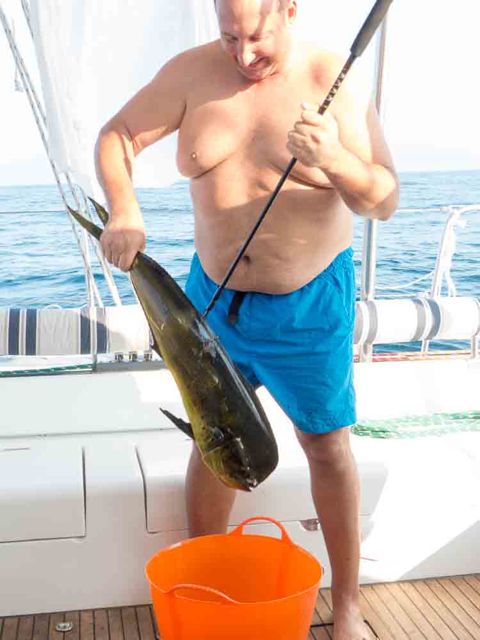 The port captain didn’t allow anyone to leave Acapulco until Amanda was downgraded to a tropical depression. That kept the sailors in port until May 29th. They got two nights free at the Acapulco Yacht Club, on the strength of Pete being a member of the prestigious Corinthian Yacht Club in the Bay Area. (Reciprocal privileges at last!) 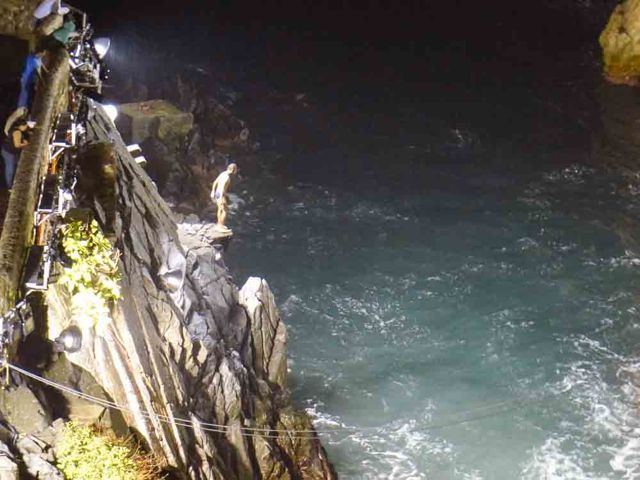 In Acapulco, the sailors had a night on the town, starting with the famous La Quebrada Cliff Divers show. 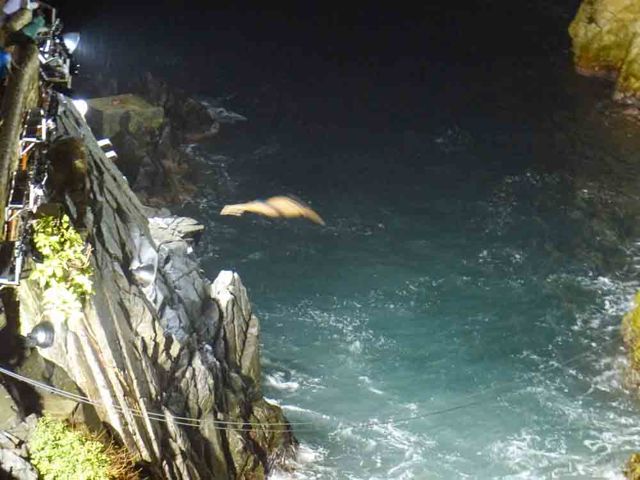 The sailors were happy when Amanda was downgraded so that they could leave Acapulco: 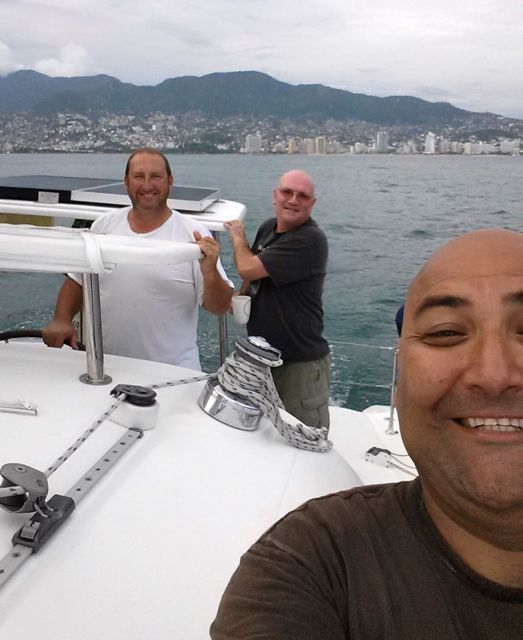 The next leg to Cabo San Lucas also involved a lot of placid motoring.

They had almost a day of sailing as they approached Cabo San Lucas — a welcome change from motoring. 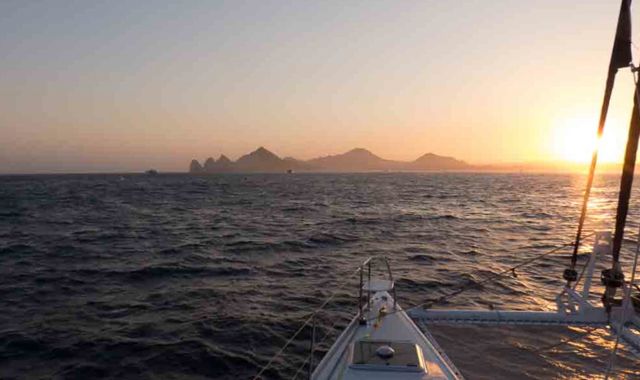 In Cabo San Lucas, they provisioned, fueled up, and formally checked out of Mexico. On June 5th, they headed out to sea again.

You can see On Delay’s route and follow her progress here.

3 thoughts on “The Long passage home to San Francisco”