The electric winch pulled too tight on the reefing line at some point and broke the line and the block and an eyelet on the mast. Oops. 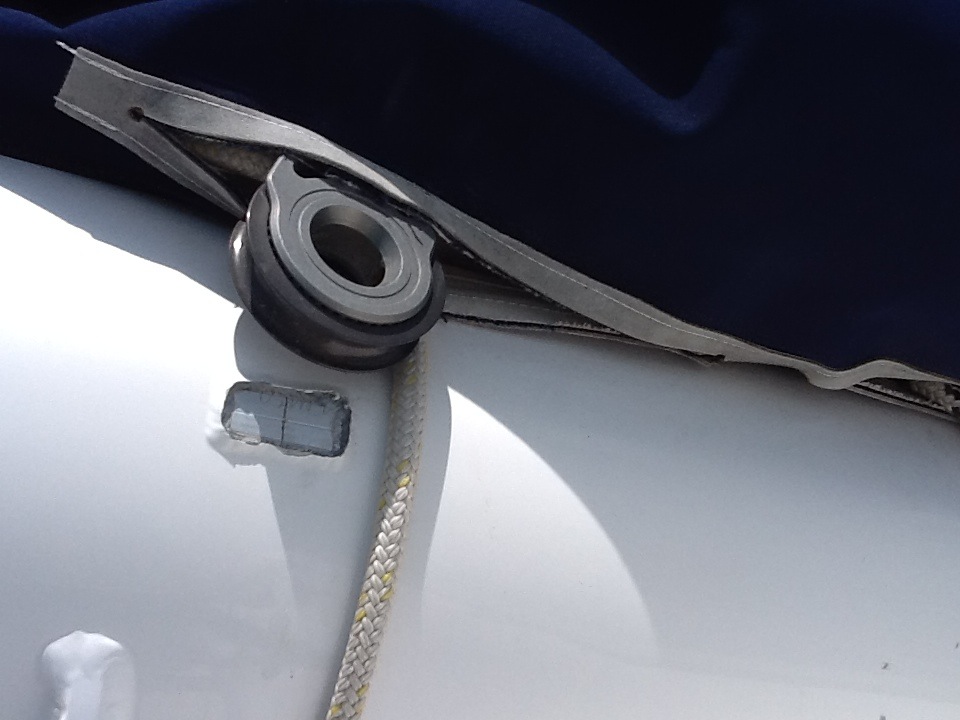 The eyelet needs to be reattached to the aluminium boom here.

We needed to get the eyelet reattached to the boom. We asked at La Casa de Los Tournillos (photo from another post) and got a couple of names. Gayle gamely called them both but since neither spoke English well, it was a struggle. We got the name of a welder who could do aluminum and then the trail went cold.

Pete happened to see someone with welding equipment working on another boat on our dock. Through that guy, we got hold of Raul who was able to do the welding—quickly and professionally. It was quite a thing to see the heavy equipment getting pushed down the dock and then the welders went to work. 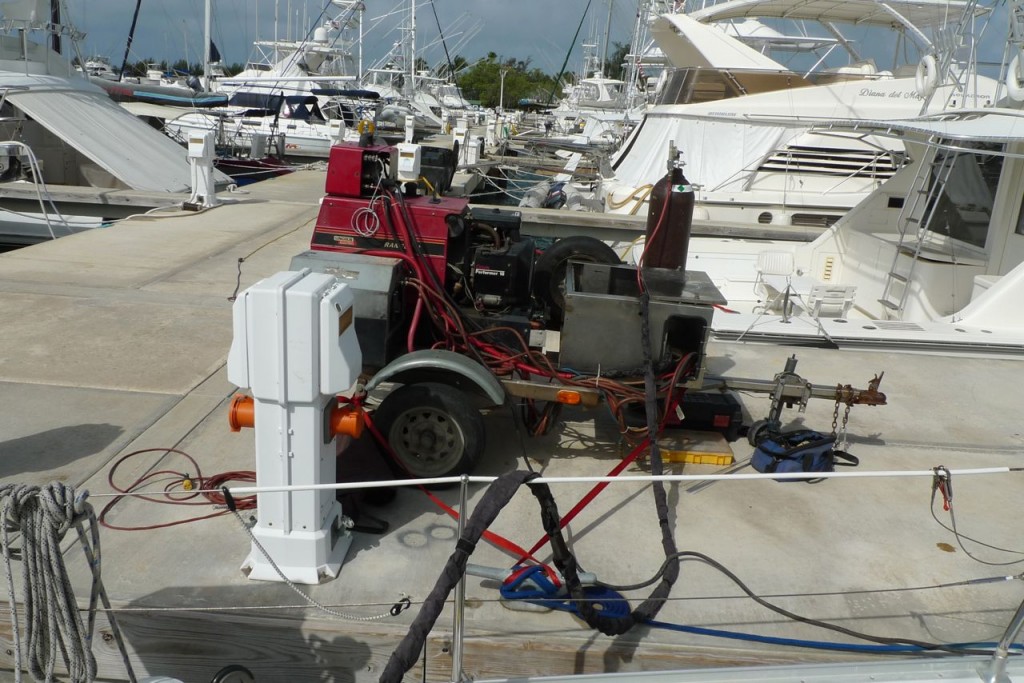 Heavy welding equipment had to be rolled to the end of the long dock on a hot morning. 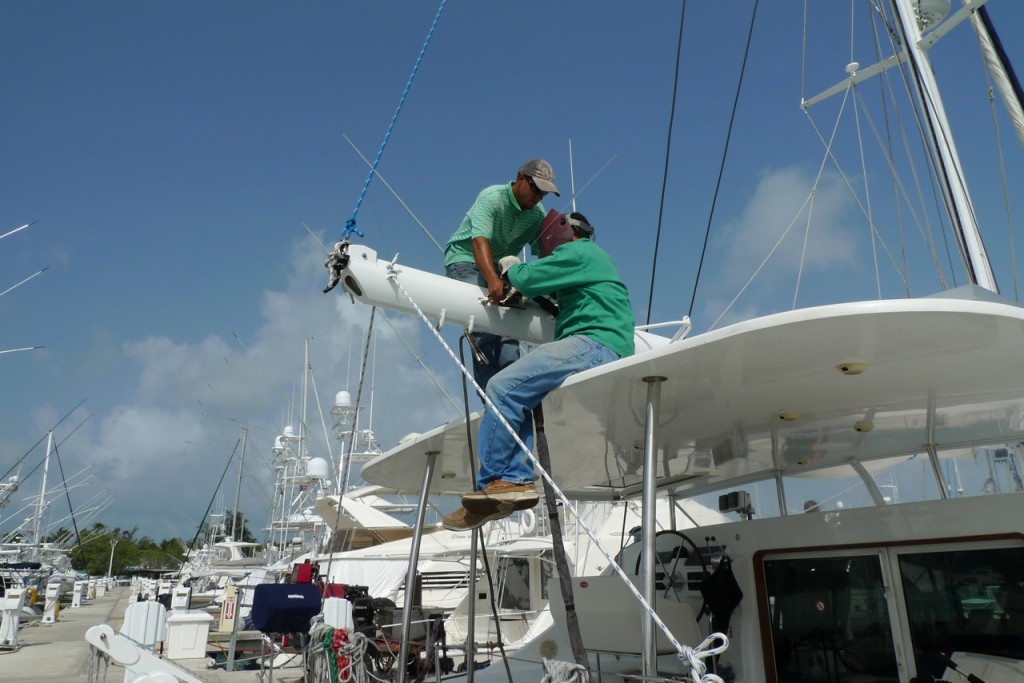 Here are the welders at work. 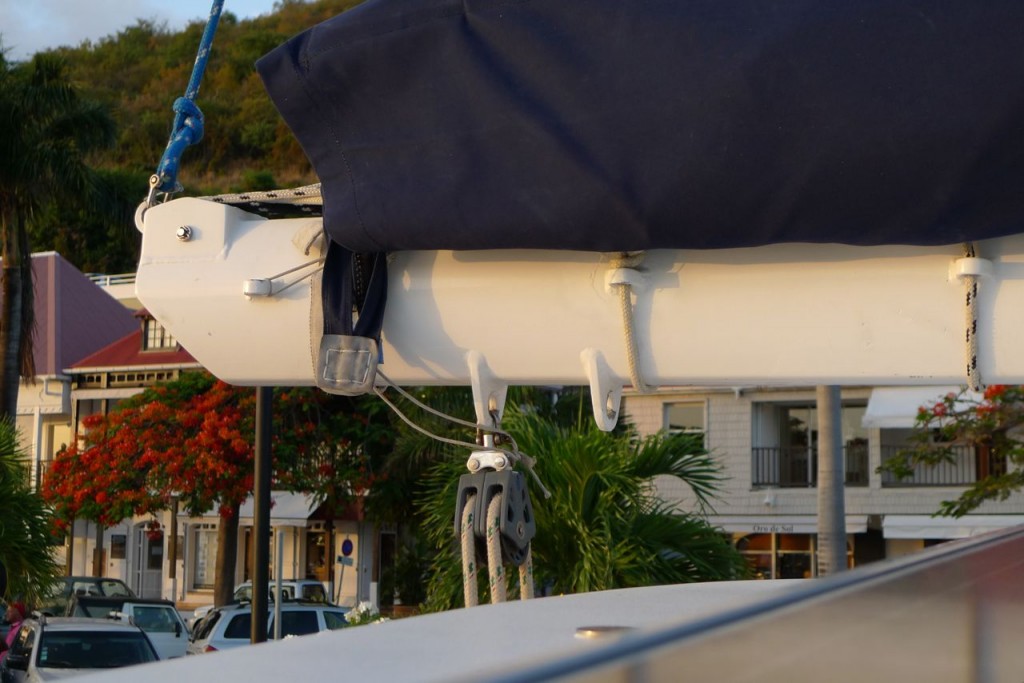 And here it is a week later (now in St. Barth's) after two longish sails. I hope it continues to hold.

One interesting aside was that after the welders left, I found some sandy/reddish dust on the deck; I assumed that it had come off their boots or equipment and I wiped it off. However some days later, I found the same colored dust in the same place. We have concluded that it is sand from the Sahara desert blowing over from Africa. (Seriously.)

One thought on “A spot of welding”