Grand Cayman is too big and developed. Little Cayman is too little. But, Cayman Brac is just right: 12 miles long, 1 mile wide, and population of around 2000.

Tony and I spent a few days there, rented a car, and checked out the sights of “The Brac”. “Brac” is Gaelic for bluff – there is a great limestone bluff that runs much of the length of the island. Scottish fishermen were among the first visitors to the island. (The Cayman islands were uninhabited in pre-Colombian times.)

There are so few tourists to the island that visitors get free tours. The visitor rents a car, and the Cayman Brac government lends out an employee to act as tour guide. Greg, a pleasant young “Bracker” spent a rainy afternoon driving around the island with us and showing us places of interest.

One highlight was Nany’s cave. There are a number of caves on Cayman Brac, but Nany’s cave is a particularly pretty one. Beautiful stalactites and stalagmites make the limestone cave reminiscent of a Gothic cathedral. There were no lights or hand rails or steps in this cave — it was nice (though maybe a bit dangerous) to visit a cave au natural. Greg slipped and ripped his jeans and scraped his hand. Tony and I were careful after that. 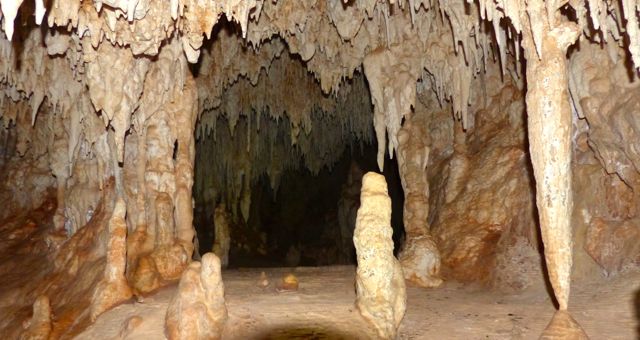 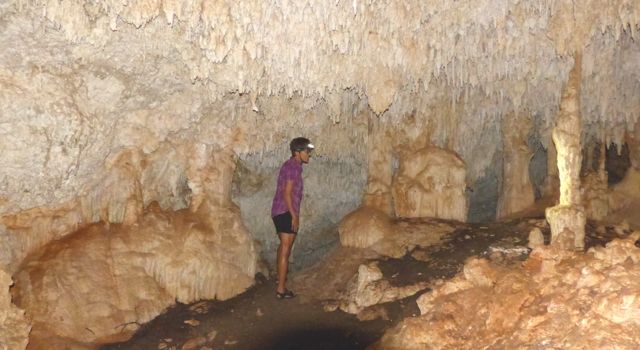 We drove through the parrot reserve and were exceptionally lucky to see the endemic Cayman Brac parrot. Greg the guide put out a call to the other guides, letting them know he’d spotted a parrot. 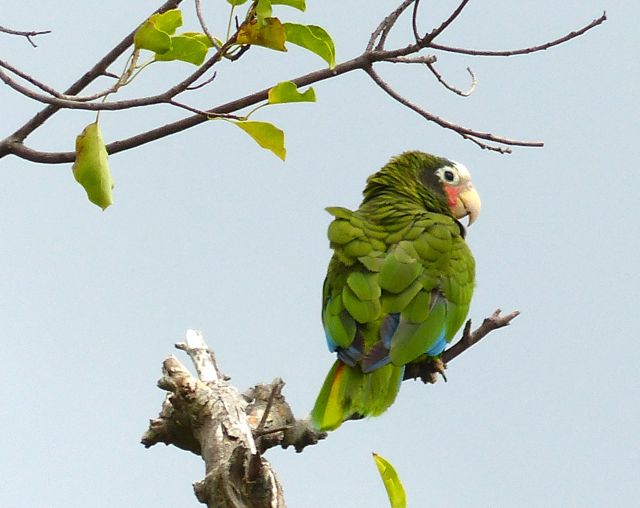 What a cutie – look at those blue tail feathers!

Cayman Brac appears to get too much money from the Caymanian coffers. Greg took us to the new, regulation size, FIFA-approved, football pitch, paved in lovely Astroturf. (Remember, the population is only 2,000.) In the background, you can see the new fitness centre going up – includes indoor tennis courts, we were told. However, the centre will double as a hurricane shelter. The Caymans tend to get more than their share of hurricanes; it is important that the shelters can accommodate the whole population.

Greg and Tony walk the pitch.

Greg was also able to show us the ruins of the Teignmouth Electron, the trimaran boat that Donald Crowhurst had built and sailed in the 1968 Sunday Times Golden Globe Race. It is such a sad story; we were quite moved to see the remains of the boat. (If you don’t know the story, Wikipedia reports the tale here.) 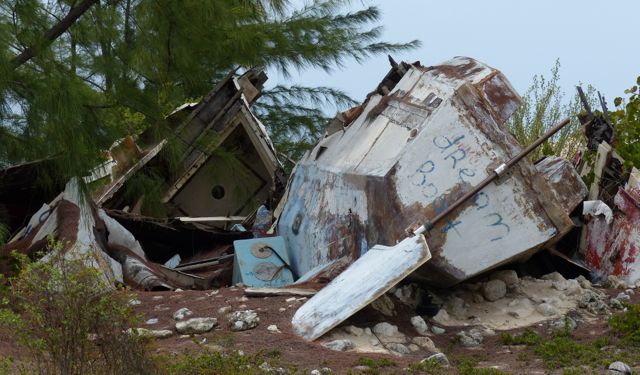 Teignmouth Electron, view from the stern. 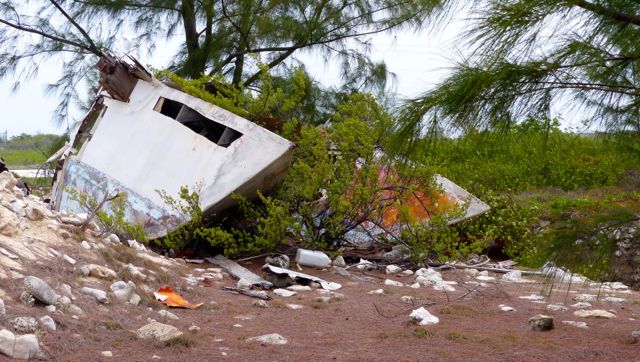 Teignmouth Electron, view from the bow.

In Grand Cayman, we met a man (Winston McDermot) who had bought the Teignmouth Electron from a man in Jamaica. Winston fitted a keel onto the boat to help it sail to wind (this was a key problem for Donald Crowhurst). Winston used her as a dive boat for some years. It has only been in a recent hurricane that the boat was broken apart.

Cayman Brac is not a foodie place. However, Tony did manage to find a local delicacy. A retired seaman has a little restaurant on his front porch. We stopped the day we saw turtle stew on his menu board. It was really quite tasty. I liked the meaty bits but was less keen on the gelatinous lumps. The turtle meat comes from the turtle farm on Grand Cayman. Some of the turtles are released, and some are butchered. 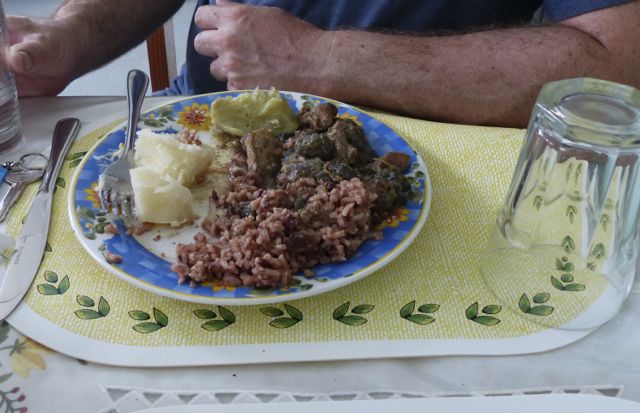 Soon enough, it was time to leave Cayman Brac. We’d been watching the wind/weather forecast for our passage to Jamaica and it was only getting worse. We did our immigration check-out paperwork at the dinghy dock on Saturday (great service to have an immigration officer come to us). And, we left our rental car by the boat ramp; car unlocked and with the key inside! Shhh.

I took this picture of the east end of the Brac as we left early on Sunday morning. 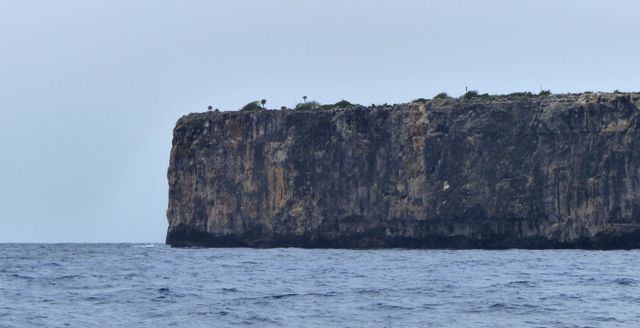