Hey, that rhymes. Ponce, pronounced “pon-say”, is the second largest city in Puerto Rico. It is named after Juan Ponce de León y Loayza, and thus the city emblem is the lion. There are lots of lion statues about the place. My favourites are the newest ones. We saw them dotted around the historic city square. Chicago has its cows; San Francisco, its hearts; Vancouver, its orcas. Ponce has its lions. 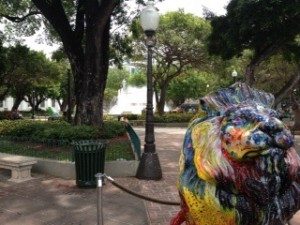 Painted lion in the central square with fountain behind. (The fountain has stone lions around it.) 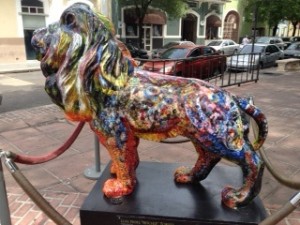 A side view of the prettiest lion. 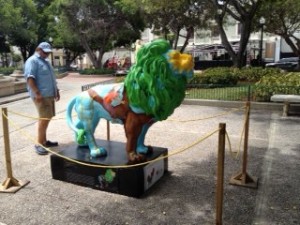 Most of the day was focussed on errands. Top of the list was laundry. TripAdvisor gave us a good recommendation for a wash-and-fold but it took some sleuthing to find the place. (Reviewers: Spelling does count. Google maps doesn’t know that “Express” is the same as Xpress.) For the record, Xpress Laundromat is on Ave. Eduard Ruberte across from a post office. Tel 939-397-7731. We got a bit lost returning to collect our laundry at the end of the day; we found the shop at 3 minutes to closing. Whew. (Tony was already down to some funny outfits and the rest of us were running out of choices; good thing we didn’t have to wait until Monday.) 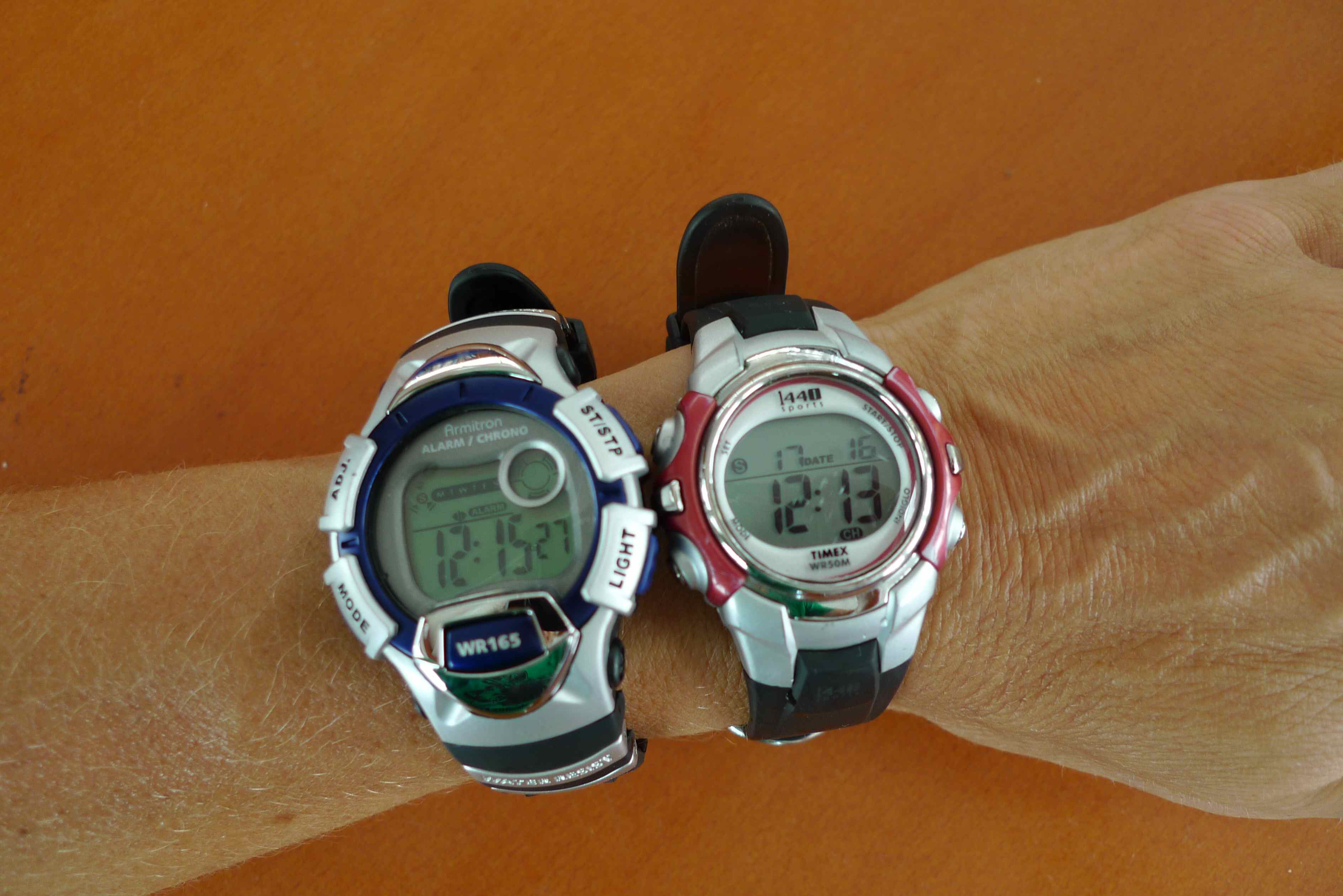 One of the items in Saturday's package was a new watch for Jane. I'd lost my old one somewhere on the boat. I was sure it was on the boat, but when it didn't turn up after a couple of weeks, I ordered a new one. The very day that the new one arrived, Paul found the old one. Now I have a spare.

We did a noon time stroll around the old colonial center of the town. Some nice old buildings and some that are in disrepair and some vacant lots and some new infill. Not much was open at 11:45 am on a Saturday in low season. Happily, the famous King’s ice cream shop was open. P & G chose chocolate, and T & I enjoyed the tamarind. 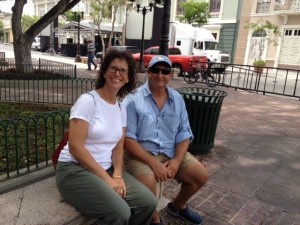 Pete and Gayle in the plaza / town square where we enjoyed ice cream (before noon -- scandalous!).

Also in this town square is the fascinating Parque de Bombas building — built for an Exhibition Trade Fair and used as a fire station after that. It is now a museum. 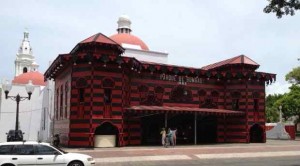 We completely failed to find the first hardware store recommended in “crazy man’s guidebook”. I think the store had closed. But, we did, eventually, find the House of Screws or rather La Casa de los Tournillos. We took a number and queued for a long time and it was hot, but in the end it was worthwhile — a successful shopping outcome. 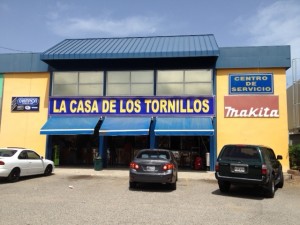 If you ever find yourself in Ponce looking for obscure screws, we recommend this place.

In the evening, after more shopping and shlepping and stowing followed by a little primping, we met Paul in town for a lovely meal at Isabel 46, a restaurant in an historic house in the centre. 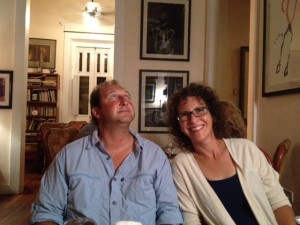 This was going to be a nice picture of Pete and Gayle at the restaurant... then suddenly Pete noticed some badly matched crown molding on the (high) ceiling. btw SPAF Properties would never do such a sloppy match. 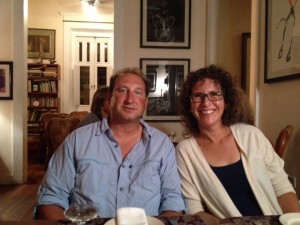 Take II: Better, but I suspect he's still thinking about that crown molding.

4 thoughts on “Our day in Ponce”