Pete, Tony and I took the dinghy, with its malfunctioning outboard, up Salt Creek to visit the Ngöbe Indian Community. We most certainly took paddles (and used them). The dinghy motor has only one speed — fast. (Requires a “neutral drop” to start.) Travelling at a constant but high speed gave the twisty trip up the mangrove-lined creek the distinct feel of a video game.

When we got close to the dock, Pete killed the engine and we paddled. Oops, wrong dock — we paddled some more.

At the Ngöbe visitors center (built by USAID), we signed up for the 1-hour Caiman walk which promised the possibility of sighting caiman, monkeys, red frogs and sloths.

Thanks to our trainee guide, Frederico, we won at jungle-animal bingo on our caiman walk. We were fortunate to see all four of the animals that we were hoping to see. 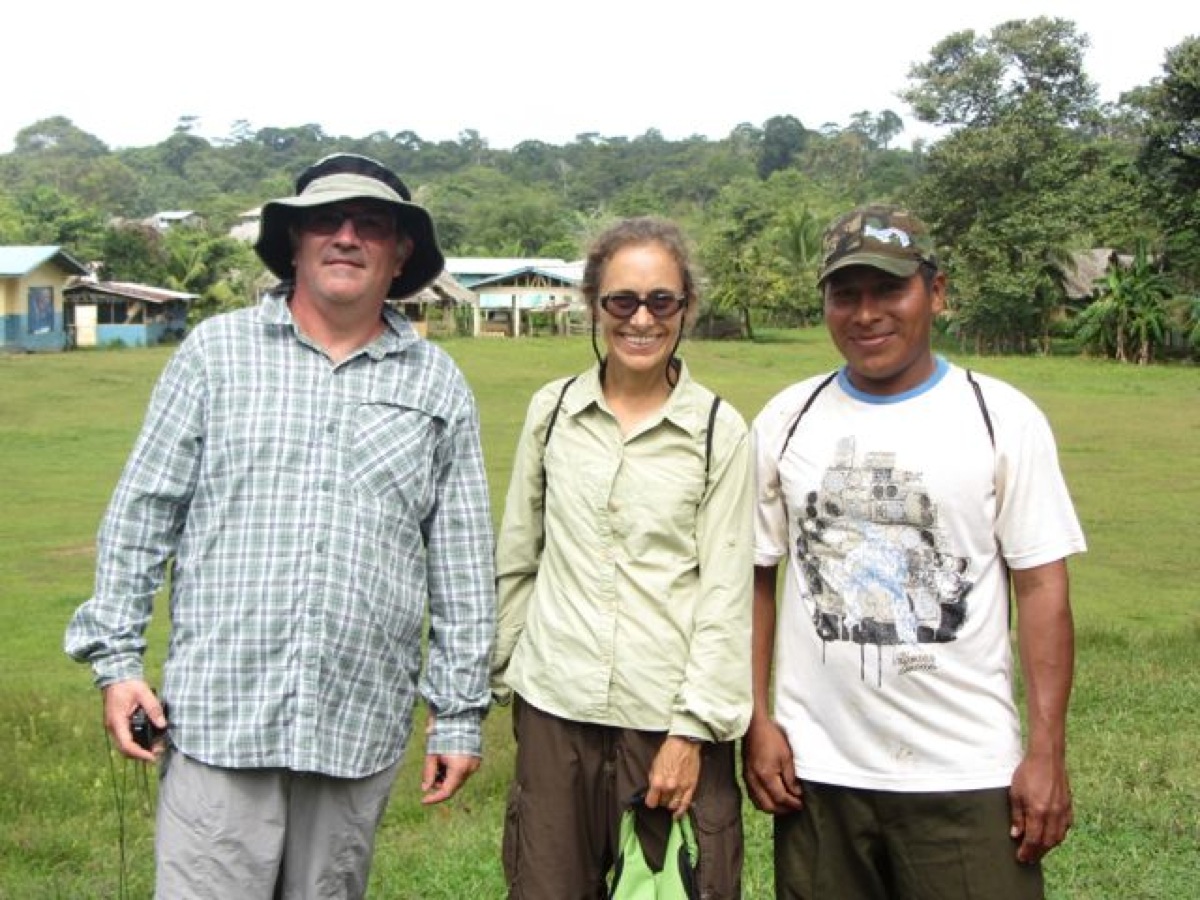 Tony, Jane and Frederico our guide. His English was only a little better than my Spanish. It was fun language practice for both of us.

Here is the beginning of the “Sendero Caiman”. “Sendero” means “path”.

Coconuts featured big in the path’s construction. Sometimes they marked the edge of the path. In muddier places, the path was cobbled with coconuts.

Frederico knows a lot about the local plants: he knows both the common (Spanish) names and the Latin names.

This is an easy one: the banana tree in the wild. The banana blossom is distinctive. It is edible too.

Below is an attractive bromeliad. The plant around it with fan-shaped leaves is used for weaving the famous Panama hats. The tender shoots of this plant are edible too. We each took a bite; the taste and texture was reminiscent of fresh heart of palm and young asparagus. 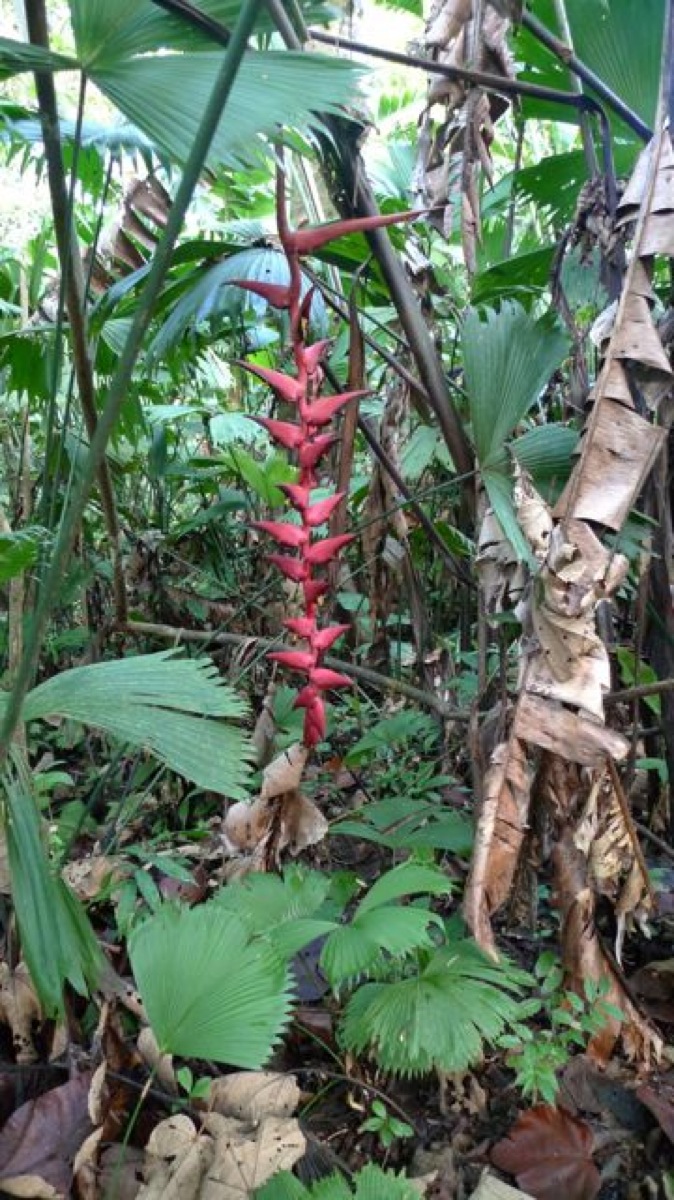 Frederico was also amazing at spotting animals and attracting them.

The first animal that Frederico spotted for us was the blanco sloth — she was high up in a tree. 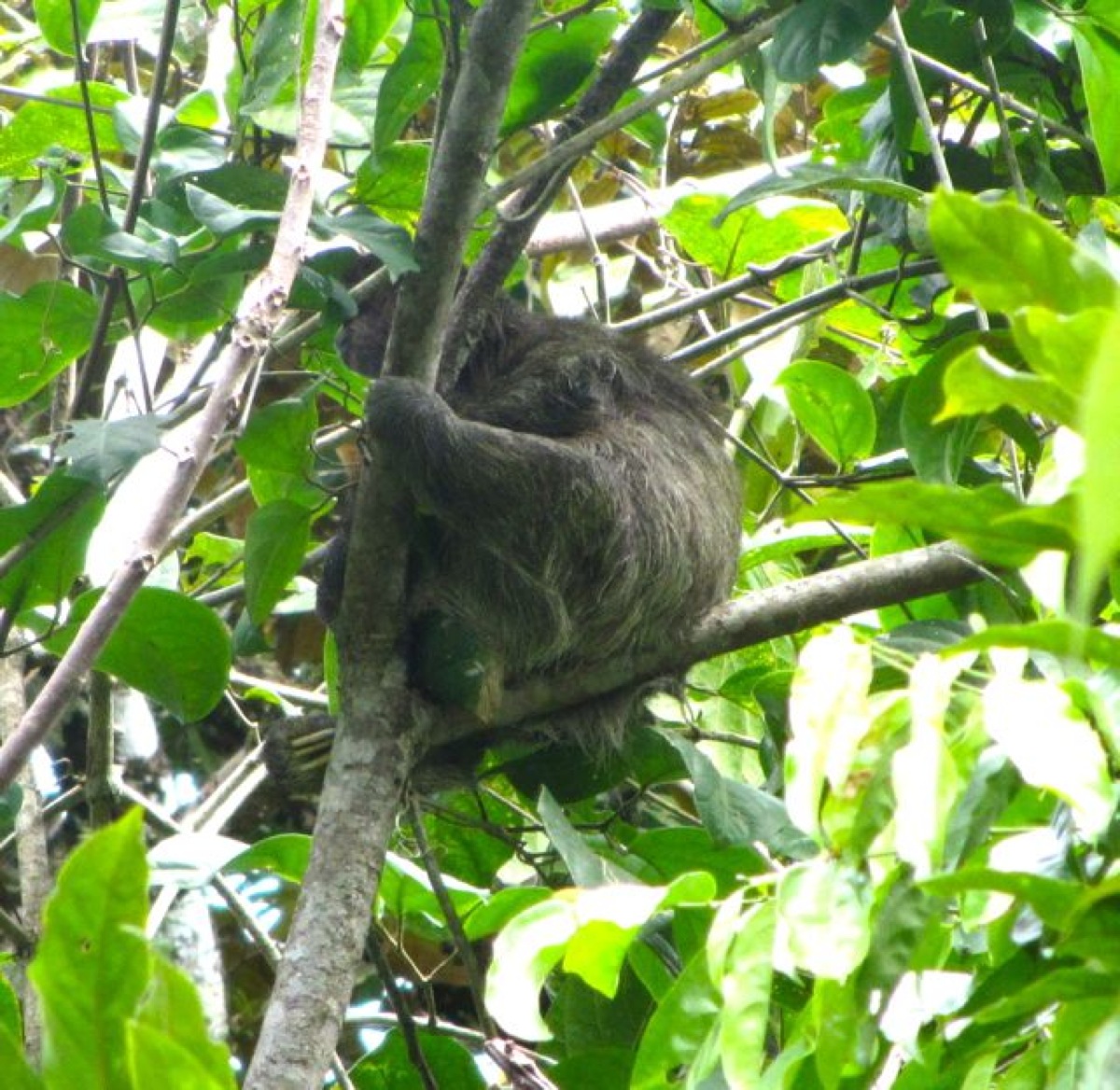 She is big, probably pregnant. Baby sloths are typically born in March, two months from now.

Next, Frederico spotted and attracted monkeys for us. We watched them jumping from tree to tree, high up in the canopy. At first I could only see the movement of the leaves. Later I managed to see the monkeys themselves. Pete got this magnificent photograph:

The caiman wasn’t so hard to spot but it was hard to photograph — they are designed for camouflage. Frederico attracted this one by splashing the water with sticks which the caiman approached hoping that the splashes came from jumping prey. Again, Pete got the best photo. 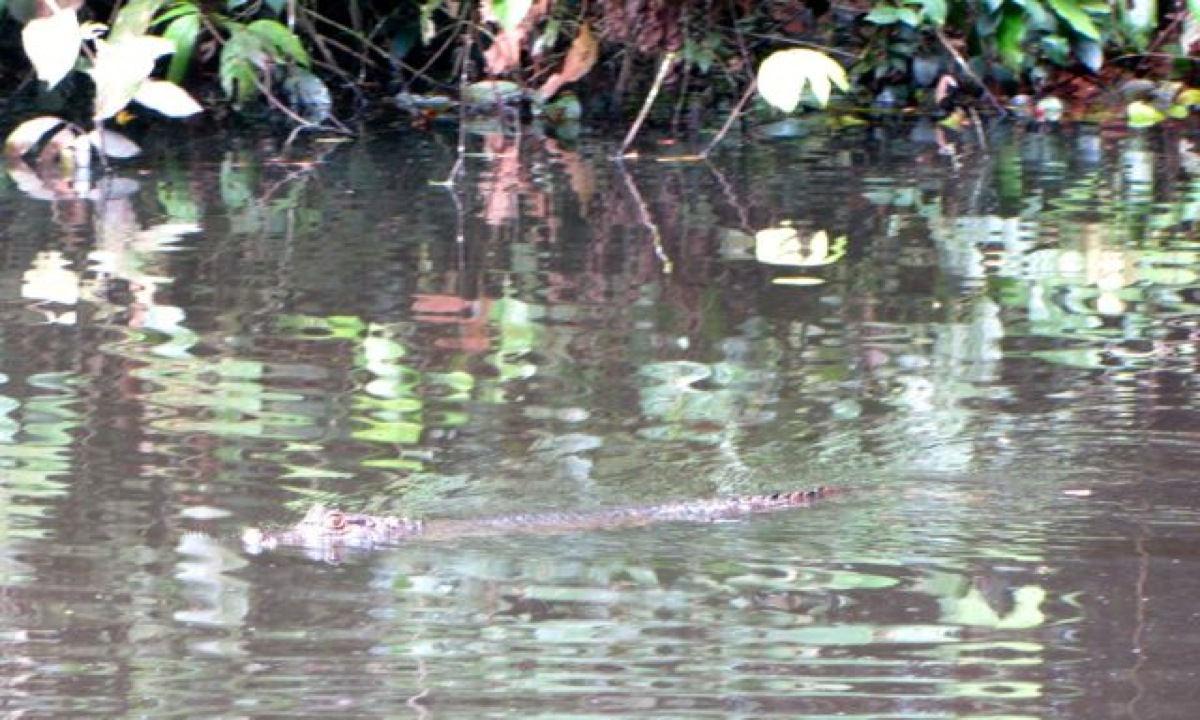 The final animal in our walk was the poisonous red frog, famous in the area. We later learned that the male red frog takes care of its young. They are hatched in the water trapped in the base of bromeliad leaves. If the water dries up or becomes unsuitable, the male red frog transports his young to a better water source. 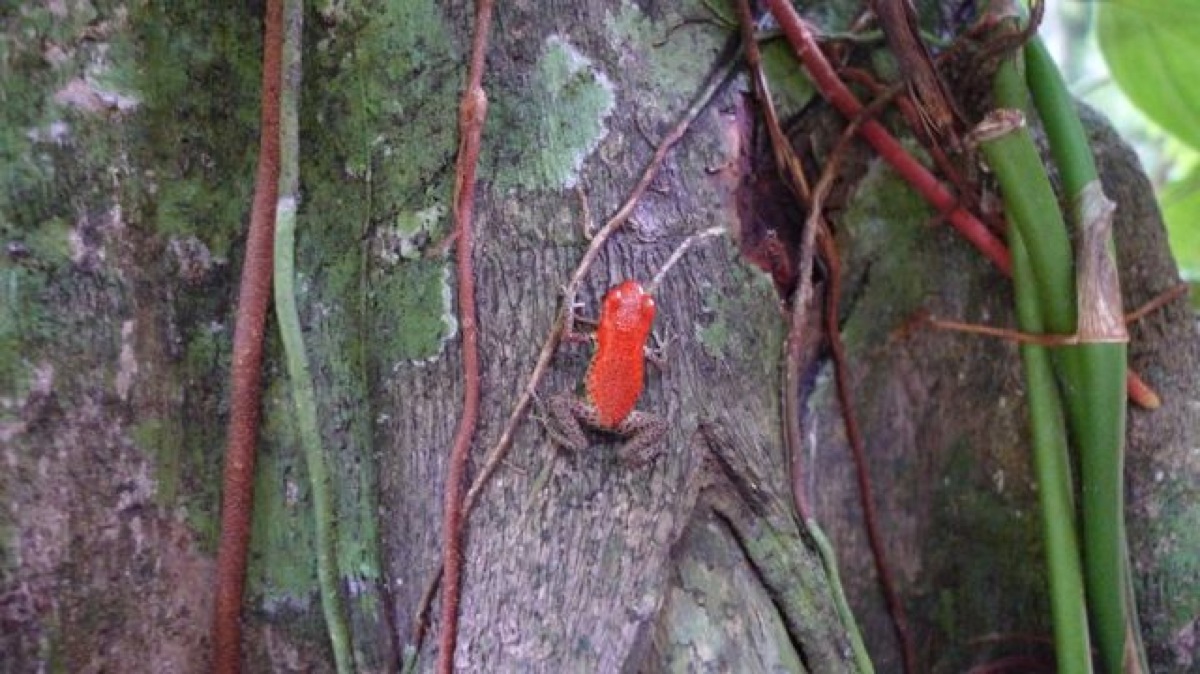 The tour concluded with brief look around the village and the opportunity (but no pressure) to buy some local handicrafts: simple carvings of native animals, many carved from local balsa wood and small bags made of sisal fibre and dyed with plant dyes.

5 thoughts on “A walk in the jungle”