Okay, just one more blog about the Isthmus of Panama, and then I hope to have exorcised by my mild obsession with crossing from the Atlantic to the Pacific.

For almost 60 years before the canal opened, one could transit via the “inter-oceanic railroad”.

At the time, it was the most expensive and most profitable railroad in the world. It carried the heaviest volume of freight per unit length of any railroad. The passenger fare of $25 in 1913 (over $500 in today’s money) sounds like a lot of money for a 47 mile trip… until you consider the alternatives: traversing via canoe and foot through malaria and yellow-fever infested jungle or sailing nearly 8,000 miles around the tip of South America. In that light, $25 sounds like a steal of a deal, don’t you think?

Even after the canal opened, the railroad continued to operate. The railroad was turned over to the Panamanian government in 1979. However, it is the only railroad in Panama and the Panamanians had no idea how to run (and more importantly maintain) a railroad. Eventually, it was closed. Bob, an American canal employee now retired, told us of its latter days, seeing a train pull into the station and then watching a carriage fall over onto its side and the passengers climbing out the window. There were so many accidents that the US government forbade its citizens to ride the train.

In 1998, the Panamanian government gave the railroad concession to a private company, the Kansas City Southern Railroad. After extensive refurbishment, the Panama Canal Railway Company reopened for business in 2001. It principally carries freight. But, Bob persuaded them to add passenger service to serve commuters who live in Panama City and work in the Colon free zone. There is a morning train at 7:15 am from Panama City and an evening train at 5:15 pm from Colon. The train is also popular with tourists.

Pete, Gayle, Siggy, Hilary, Tony and Jane took the morning train from Panama City back to Colon and Shelter Bay where On Delay was on the hard, getting some touch up work done on her bottom paint. Here are some pictures from our train trip. And, yes: the fare is still $25. 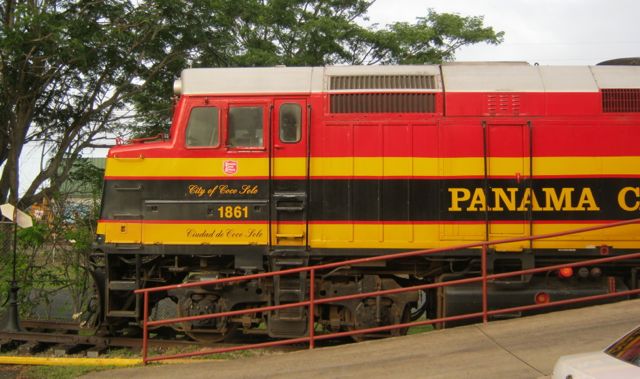 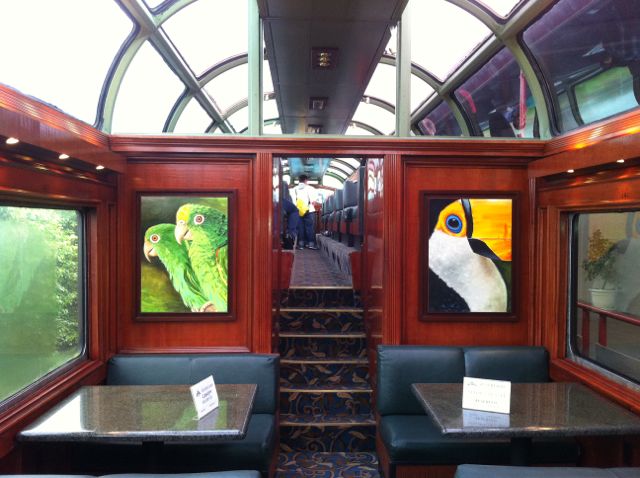 The carriages on the train have been beautifully restored. 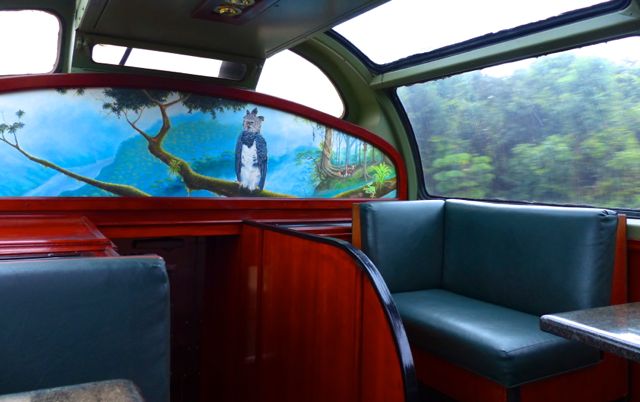 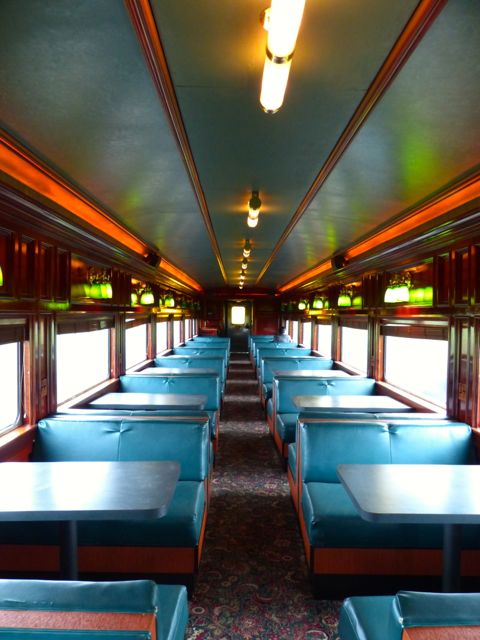 There were very few people on the train. This carriage had but one passenger.

A ship in the canal as seen from the train. Part of the route was along the canal but much of it was through the forest. 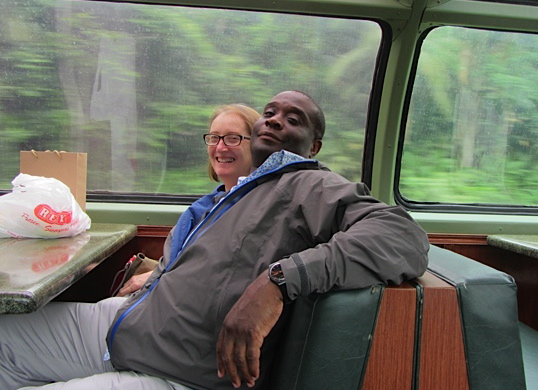 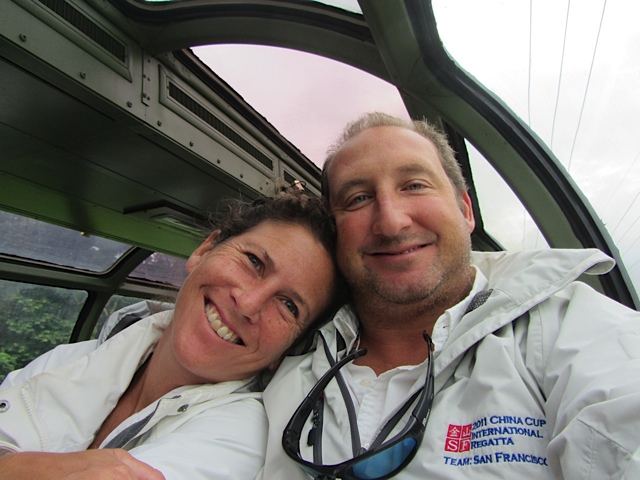 Gayle and Pete on the train. 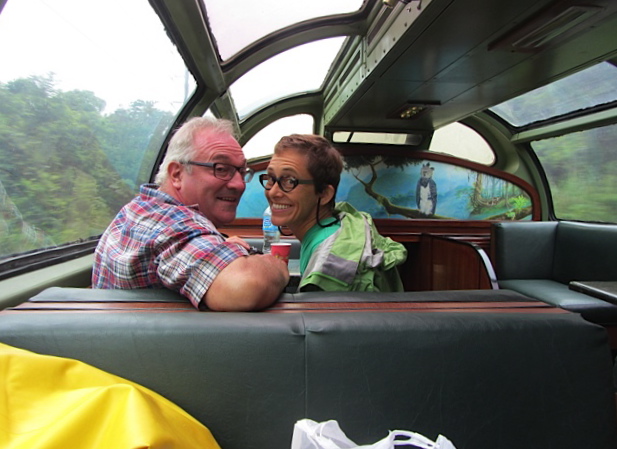 Tony and Jane enjoy the train trip, too.

Read more about the Panama Railroad:

5 thoughts on “The Isthmus by rail”