No, not the title of a long lost play, “Firefly” is the name of Sir Noël Coward’s home in Jamaica. Noël Coward started visiting Jamaica in the late 1940s and in 1956 built Firefly (his second home in Jamaica) atop a hill overlooking the beautiful Blue Harbour.

In his later years he lived for three or four months of each year in Jamaica, until his death at Firefly in 1973. Noël Coward is buried on the Firefly estate.

The property was left to the Jamaica National Trust Commission by Noel Coward’s partner, Graham Payne and is open to the public. It is a truly idyllic, almost magical place. We all thoroughly enjoyed our visit to the house and gardens.

Jane and Sir Noël in the garden, enjoying the view.

The house is smaller and plainer than one might expect. On the ground floor: a studio, open dining-room, living-room, and a small kitchen. Upstairs: a study, a bedroom and a bathroom (shower but no tub!). Despite the home’s modesty, many famous people were entertained there: The Queen Mother, Sir Winston Churchill, Sir Laurence Olivier, Charlie Chaplin, Audrey Hepburn, Sophia Loren, Elizabeth Taylor, Richard Burton, Alec Guinness, Michael Redgrave, Joan Sutherland, Peter Sellers, Peter O’Toole, Maggie Smith, and neighbours Ian Flemming and Errol Flynn. (I promised you celebrities.) 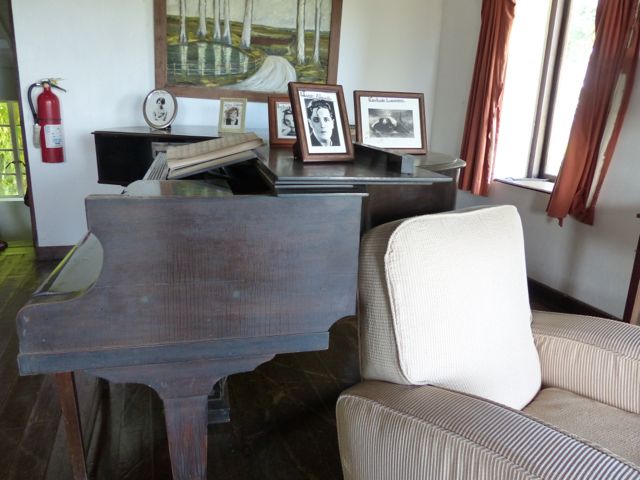 The main room is dominated by two grand pianos. Noël Coward didn’t write music, so while he composed, there was a transcriber at the second piano. 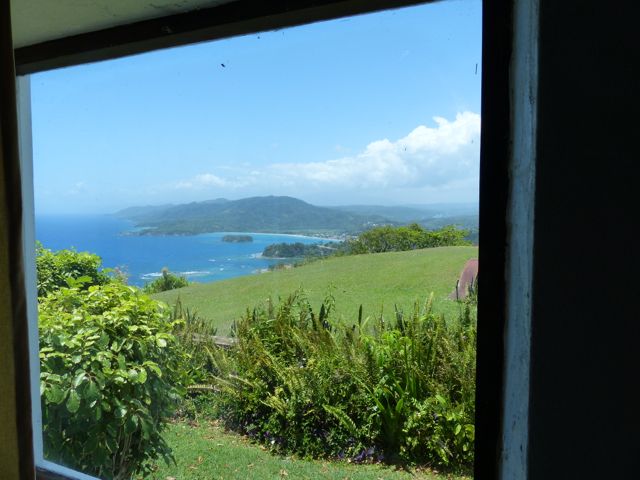 The view from the living room is breathtaking. 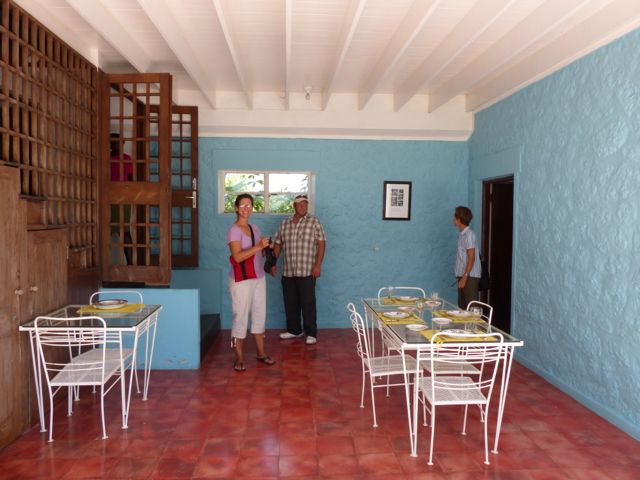 The dining room has walls on three sides. The fourth side is open to the garden. The room is plain but the china is fancy. 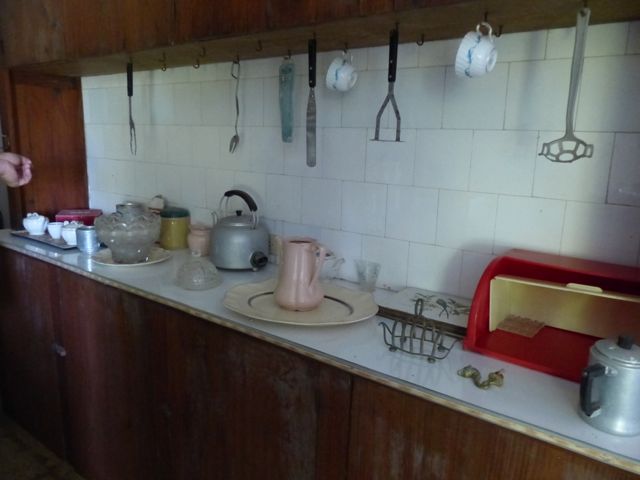 The kitchen is small and basic. (Meals were brought from Noël Coward’s original, bigger home, Blue Harbour, on the coast.)

The largest room was the painting studio. 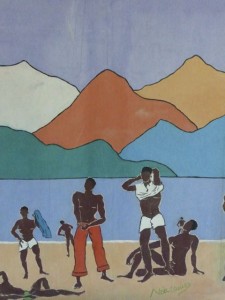 One of the paintings on display in the studio.

Also on the property is a stone cabin that was used by Admiral Sir Henry Morgan (the infamous privateer) as a lookout when he was Governor of Jamaica. Morgan was Lieutenant-Governor of Jamaica for a short while (1664-5). After touring the house, we visited the cabin, which now doubles as a gift-shop and bar. 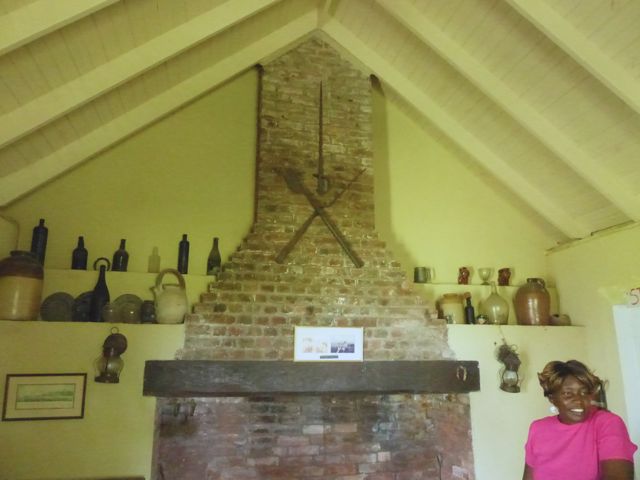 Annette, our guide, in Morgan’s lookout.