Having grown up in a Baptist church and having been all over as a tourist visiting churches of other denominations that are of historical interest — I was quite taken with, for once in my life, visiting a Baptist church that is a historically significant tourist attraction. 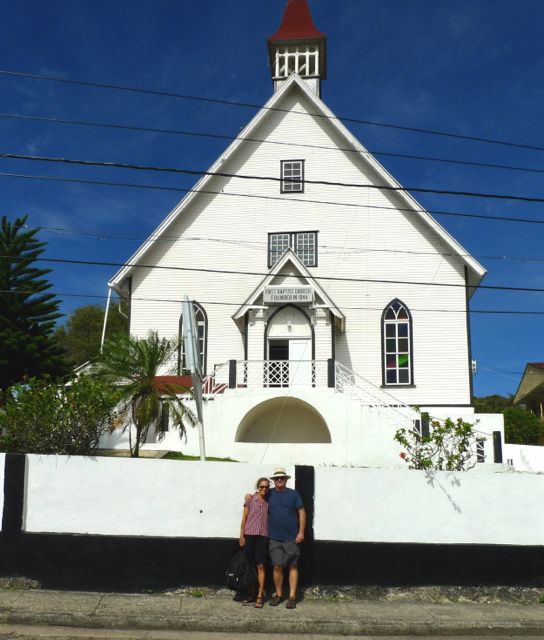 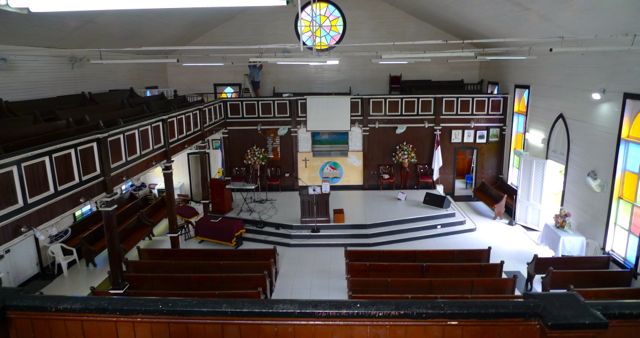 We climbed to the gallery and looked down. The sanctuary has all the familiar components, including the baptistry at the front.

Across the front, they have pictures of the ministers from 1844: a mixture of black and white; native born and from abroad; English surnames mostly with a few Spanish ones.

Here’s the gallery. Pretty but plain pews. And the floor is sloped, not tiered. 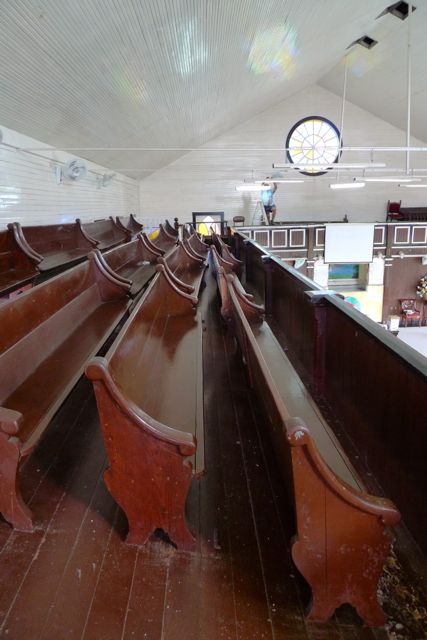 A view along the gallery.

From the gallery, we made our ascent to the bell tower. After 10 months at sea level, I’d quite forgotten that I’m afraid of heights. Oops! ‘Pretended I was made of sterner stuff (and wittered a bit) and carried on for the view. 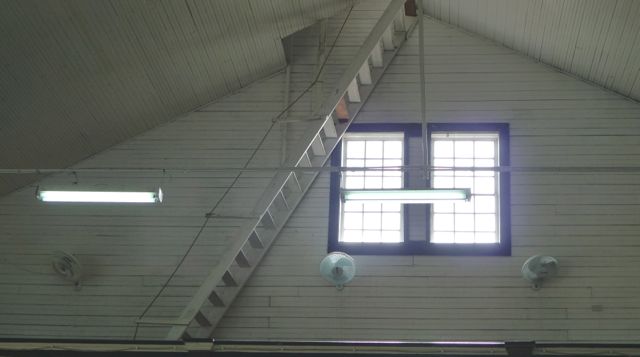 These are the stairs that scared me and defeated Gayle.

I was expecting some sort of viewing platform at the bell tower — but no, there was just the bell, and room for a person and a half. 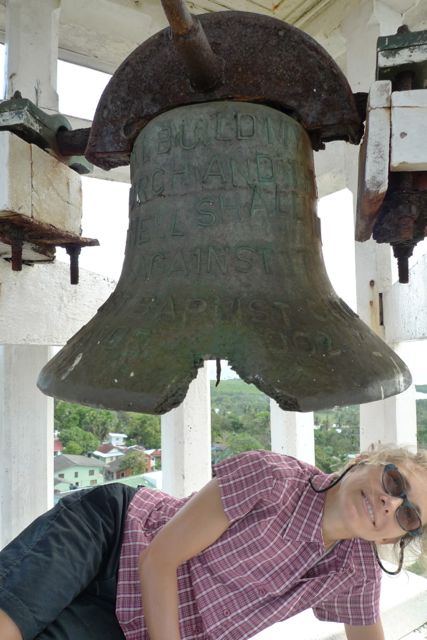 Jane under the church bell. The inscription says: “On this rock I will build my church, and the gates of hell shall not prevail against it.”

The church is already on a hill and the steeple is the highest lookout point on the island. It was a lovely day, so the views were great. 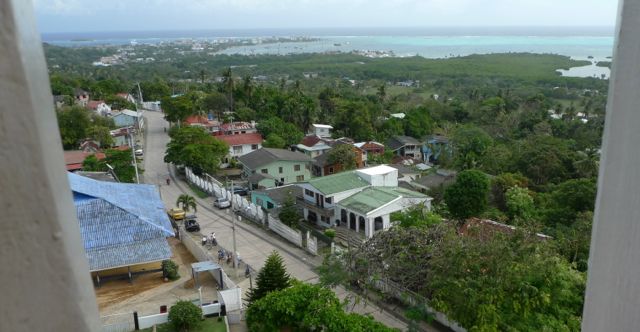 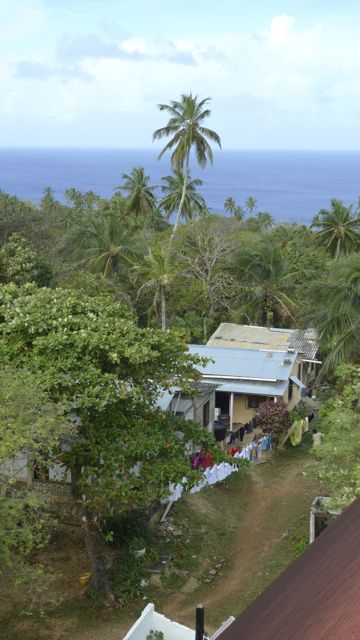 The roof construction was interesting: it was so steep. We wondered if it was for a purpose or just style. 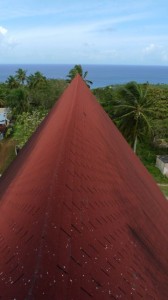 The steep church roof from the tower. This roof is _so_ steep — was the architect expecting snow?

Perhaps this space keeps the sanctuary cool by drawing heat up from below. 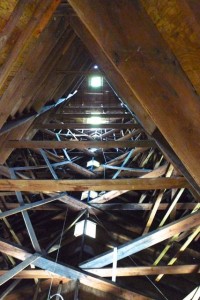 The roof from underneath.

And we conclude with some good advice. We saw these signs at several places around the island.

However you like to phrase it: atone, confess, repent — a good thing to do now and again.